skip to main | skip to sidebar

Download Festival of India - A tour along the Baltic Sea Coast 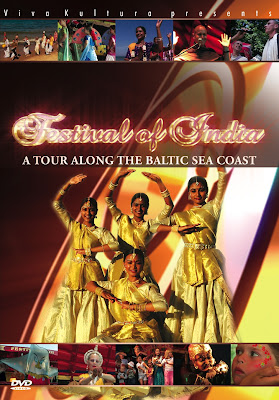 For more than a decade, Fundacja Viva Kultura has organized Festivals of India events, attracting over 200,000 people each year. On this film you will meet the 150 smiling devotees from around the world, who put on these wonderful festivals with unrivalled determination and dedication.
Featuring: HH Indradyumna Swami

Download here:
festival_of_india.avi (933mb)
Right click and save as
Posted by Hare Krishna Movies at 9:17 AM 2 comments: 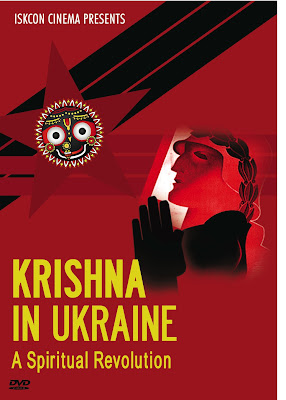 Perhaps nowhere in the world have people so eagerly adopted the spiritual practices of Krishna consciousness as in Ukraine, formerly part of the Soviet Union. Through first-hand accounts, relive the struggles that were commonplace in the lives of the Ukrainian Hare Krishna devotees during Soviet rule.

Despite the threat of imprisonment and torture, they worked to spread Chaitanya's message of bhakti yoga. Holding secret meeting in their houses and hiding their books when the KGB searched their homes, the devotees continued to spread Krishna consciousness in secret until the U.S.S.R. fell. Then, nervously but with excitement, they started to spread Krishna consciousness openly, wearing saris and dhotis, chanting in public, and established temples.

Niranjana Swami describes the growth of the Ukrainian Hare Krishna movement, from the arrival of the first devotees in the late 80s and the early underground preaching, to the many temples and huge annual festivals held today.

The difficult past of the Ukrainian devotees and their struggles and determination under an oppressive system only serves to glorify their accomplishments. Today there are dozens of temples and thousands of members.

This video is an amazing testament to the spiritual potency of Srila Prabhupada, who by his visit to Moscow in 1971 ignited a spiritual revolution in the U.S.S.R. 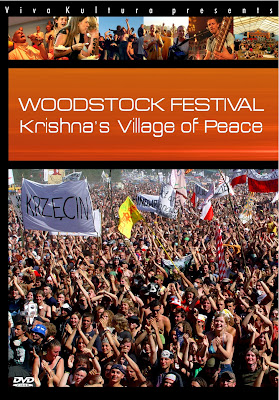 Polish Woodstock 2004 drew over 400,000 young people, and Hare Krisha devotees were there for the annual cultural revolution.

Posted by Hare Krishna Movies at 9:04 AM No comments: 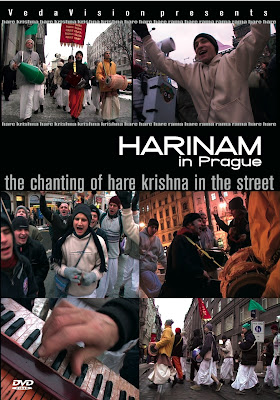 A documentary about the chanting of Hare Krishna in the street. Professional video recording with a very modern style. Directed by bh. Ezequiel

Posted by Hare Krishna Movies at 8:46 AM 2 comments:

To play the movies you need the VLC MEDIA PLAYER